Suddenly it springed to my mind, so I’m writing down.

Have you ever been to any Islamic countries during Ramadan? I’d been to Jakarta with an ex-colleague born in Indonesia. In the town, people were reading aloud the Koran, and it  was broadcasted loudly so we had to hear it everywhere we went. And basically people can’t eat and drink anything from sunrise to sunset. But we went there to attend a tech event, so we didn’t want to follow that rule. As I said, the ex colleague was born in Indonesia but he isn’t Muslim, he is a descendant of china so called overseas Chinese.
That’s why we were eating lunch, he had known some restaurant open during Ramadan, and we were planning to go out at night. As you might know Muslim are prohibited from drinking any alcohol, but there are a few bars for people who aren’t Muslim. Anyways while he told me about his recommendation he said to me seriously, “you must carry your passport.” So I asked him “how come?” He said, during Ramadan several radical Islamic groups are patrolling the street, looking for people who are partying, and Sometime they attack such places. If you are caught by them you may be released by showing a Japanese passport to them, because they don’t think Japanese people are enemies of Muslims. Eventually we went to a Karaoke bar with his local friends, but it was one of the most tense experience in a Karaoke I’ve ever had.

If you go to Islamic countries during Ramadan, you have two options. Do as the Romans do, or enjoy night in a hiding place. And one more thing, never bring an American passport. 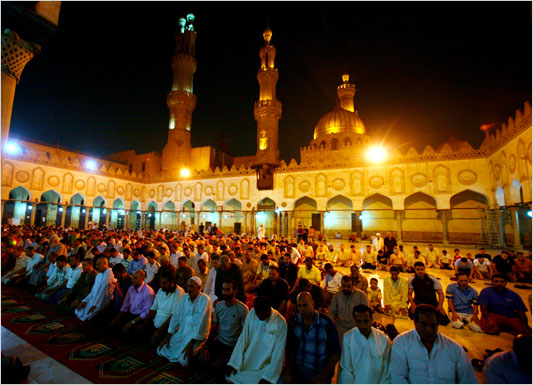